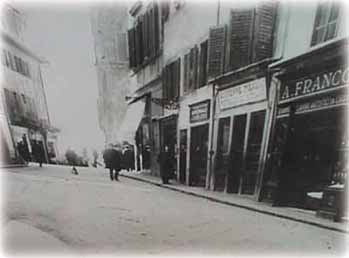 It's believed that in Florence, in the area of Ponte Vecchio (the Old Bridge), Piazza del Pesce, Lungarno Acciaiuoli, Por Santa Maria there was a trade of metals and tools at least since the 13th century, when the jeweller workshops supplanted the butchers on the Ponte Vecchio. 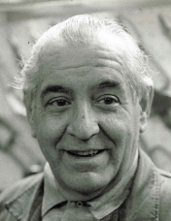 In 1923 Giuseppe Mealli, along with his nephew Tonino (in the picture attached) took over the company already existing in Florence, with a point of sale in Piazza del Pesce, where is visible the sign in an old photo with the writing: "Giuseppe Mealli Metallo e Acciaio (Giuseppe Mealli Metal and Steel)". In that period the commerce was steered to the needings of the craftman workshops of the area, first of all silversmiths and jewellers, but the goods weren't as sorted as today. For example the micropoints for metal piercing with a diameter smaller than 0,5 l. were built buy the craftsman in the workshop with tailor's needles, appropriately modified

It was possible to buy the main tools: guns, hammers, files, screwdrivers, and for the rest the craftsman bought not-hardened steel and manufactured by himself punches, shears, drawing hammers and anything was the needing.

From the end of the fifties onwards the industry began to produce dedicated tools more and more sophisticated also for the handicraft.

This site uses cookies. By continuing to browse the site you are agreeing to our use of cookies. Find out more